Around the Region: Week #3

A quick look at most of the games taking place in Week #3!

The Niners have been on both ends of the results spectrum in 2016. Game #1 was a blowout loss at the hands of town rival Merrillville and then they ran away from Bishop Noll in Week #2, so it’s been hard to gauge Andrean. This week’s test is New Prairie which will be a good barometer for the 2016 ‘Niners, especially since the Cougars are a sectional rival as well. FAVORITE: New Prairie

Both the Bearcats and the Warriors are trying to rebound from disappointing Week #2 games. Bishop Noll was on the receiving end of another one-sided showdown with Andrean, which isn’t necessarily surprising, but considering they were competitive in Week #1, a better showing was expected. Wheeler took one to the chin at Griffith. Look for both teams to come out with lots of intensity as they try to show they’re better than last week. FAVORITE: Wheeler

Rebuilding a program takes time as new systems are put in place and philosophies taught. That’s what the new regime at Calumet is going through now as the Warriors have struggled in the first two weeks. A long bus ride to Union Mills along with playing the undefeated Satellites shouldn’t change much in the way of results, but at this point, any progress is good progress. FAVORITE: South Central

We’re still early in the season, so take these numbers with a grain of salt, but this matchup features one of the area’s best offenses in the Wolves (43 points per game) vs. one of the best defenses in the Trojans (14.5 points against per game). Michigan City has a size advantage on the lines on both sides of the ball, but Chesterton’s linebacking corps has excellent sideline to sideline speed. Should be a fun one to watch on Regionsports.com FAVORITE: Pick ‘Em
GAME COVERAGE: 90.5fm, The Key and regionsports.com (live audio & video)

The Govs had to hold their collective breaths last week as a 26-0 lead over KV after three turned into a 26-24 closer than expected win. Clark showed signs of life on the road at Lake Station but couldn’t break into the win column. Morton is the favorite here of course, but maybe Clark can build on some of those positive signs from last week. FAVORITE: Morton

We’re combining these two games into one entry so we don’t have to repeat ourselves. If anything, we’d like to see more Indiana-Illinois matchups  – last week’s Lake Central vs. Lincoln-Way Central game was proof of how good they can be. However, games like these two serve nobody. The Illinois powerhouses gain nothing but maybe experience for younger players and our local teams really get noting out of it either. Roosevelt Moore & Jason Johnson have done nice things at their programs, so this isn’t a knock against them or their teams, but Mt. Carmel & Homewood-Flossmoor represent two of the best programs in Illinois and there’s no reason these games are on their schedules.

Could this be the end of one of the best rivalries in the Region? Say it ain’t so! But Griffith’s departure to the GSSC next year and being in separate classes means that unless they play in one of the Panthers’ two non-conference games, this could be the end of the line. Of course, both teams and fan bases know this, so this should be an intense showdown at the Brickyard. FAVORITE: Pick ‘Em
COVERAGE: Facebook.com/Regionsports

Coming into the season, it was expected that Hanover Central was going to be one of the more physical teams in the area, trying to control games with an experienced line and dynamic set of backs. So far, they’ve lived up to the hype. Lake Station is definitely improved here, but this will be real tough road test for the Eagles. FAVORITE: Hanover Central

Yes, the Red Devils are 0-2 which is surprising to a vast majority of Region football fans, but keep in mind that they’re only a couple plays from being 2-0. With a trophy on the line on Friday, expect Keith Kilmer’s squad to shake off the winless start and get on a roll. FAVORITE: Lowell

Think there’s going to be any discussion about last year’s meeting, when winless Portage upset LC at “The Burial Grounds” to open up post-season play? Yeah, we think so too. The Indians in red are riding high after beating Lowell last week while LC got a punch to the gut late loss to Lincoln-Way Central – but last week’s not going to be on their mind. It’ll be last year that’s taking up space in their heads. FAVORITE: Lake Central

One of the best things about the DAC in 2016 is that every game is going to have huge ramifications, even ones that open up conference play. The Slicers have looked really good in the first two weeks, beating a solid New Prairie squad and defeating Hobart by double digits. Valpo is harder to get a read on, considering their first two opponents were powerhouse Penn followed by West Side. It’s hard to pick a favorite, especially since this one is at Viking Field, but its not hard to get excited about this game. FAVORITE: Pick ‘Em

We mentioned that Lowell could very well be 2-0 instead of 0-2, and the same applies to River Forest, who followed a close loss to Wheeler in Week #1 with a heart-breaker against Boone Grove last week. North Newton’s defense looked really good in the opening game against South Newton with a Rebel safety being their only points, but the offense struggled last week against Rensselaer, only scoring a single touchdown, so plenty of questions remain about Jeff Bean’s club. FAVORITE: River Forest

Indy Howe is coming off a season that saw them advance to semi-state while Bowman won just two games a year ago and are off to a tough start in 2016. Sure, graduation losses have hit the Hornets, but playing at home this week, they should come away winners once again. FAVORITE: Indy Howe

The first of two Saturday games you can catch before you skip out of town for Labor Day Weekend. Roosevelt makes the trip to LaPorte County to take on the Lakers – a game the Panthers won 18-14 one year ago. Can history repeat itself? FAVORITE: Pick ‘Em

Saturday night under the lights at Valparaiso High School, Whiting & Boone Grove square off in GSSC play to end Week #3. The Oilers offense isn’t exactly where they were a season ago, but not only are those lofty expectations but it’s only been two games. Boone Grove is going to have to play ball control, keep-away offense in order to pull off the upset. FAVORITE: Whiting 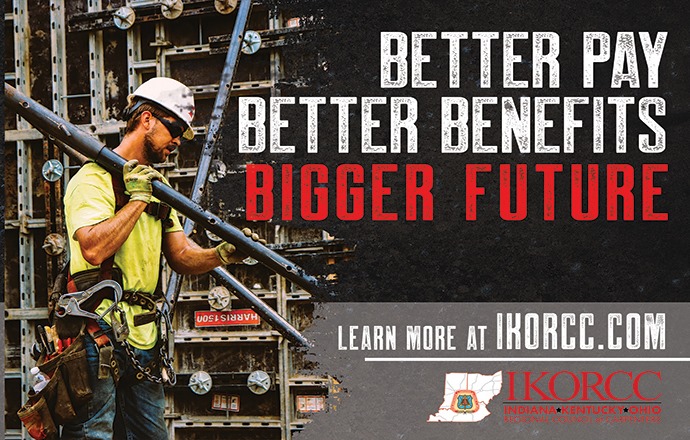